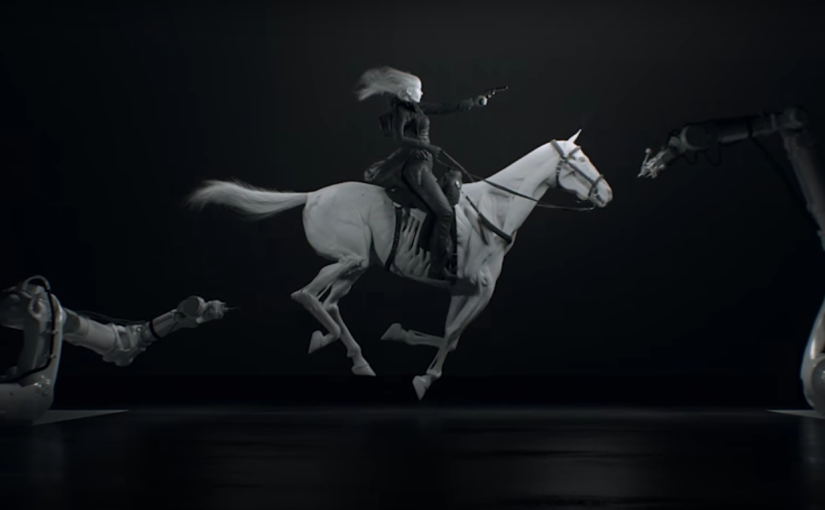 With the explosion of streaming services, media, and bingeable or downloadable content shows that are watched by the masses are rare. The like of Games of Thrones or Walking Dead—both which I do not watch—are not as common as they were in the seventies, eighties and into the nineties.

When Larry Hagman’s JR Ewing got shot in the show Dallas in 1980, the show was so widely watched that it made the newspapers. Shows used to be a commonality across all people, all ages. A big show like Dallas was in the eighties, or a soap opera such as, here in the UK at least, Coronation Street or the now-defunct Crossroads, connected everyone.

The square box in the living room does not connect people as it used to anymore. The sheer volume of available content has made it so that the cliques are more refined now. It used to be mostly music preferences that would separate people. Now, with creators and content catering to every taste, every specific group, people have become more viewer niche.

What still connects most people, beyond cliques, types, age or upbringing, is music. Or more specifically, theme tunes. The theme tune to Hawaii Five-O is known across generations. The tune by Morton Stevens, the funky drums and horns created one of the best-known theme tunes in the world, even for those who never saw Jack Lord as Steve McGarrett says “Book ‘em Dano. Murder one!”

In both film and television, music has always created a strong connection to its audience. The Friends theme tune probably elicits a smile, whereas the theme tune to the highly popular Game of Thrones would create a sense of anticipation.

In this article, I want to pick out a top ten of—plus a few honourable mentions—of the best theme tunes on television, mostly past, and the odd present. I am looking at theme tunes alone and not necessarily the quality of the programmes they were part of.

I will, for the most part, avoid comedy shows, only because their jovial nature tends to make them memorable. The themes are in no particular order as I could not decide which theme, if any, was better than any other. So, let’s go.

One of the most enduring theme tunes of our age is the 1967 Spiderman theme tune by Paul Webster Francis and Robert ‘Bob’ Harris. A tune composed over fifty years ago has proved so popular that it was used for the MCU’s first Spider-man film in 2017, knowing it would instantly connect to its target audience. That is a powerful theme tune.

Starsky and Hutch’s second season theme tune by Tom Scott is the most recognised of the theme tunes used through the shows five-season run. Changing from Lalo Schifrin’s season one gritty, streetwise tune to Scott’s horns dominant, funky groove in its second season, it was dropped for the third season, returning for the final seasons.

My fourth pick—first was Hawaii Five-O—is probably my favourite. It is for a show that I cannot ever remember watching. It is Patrick Williams’ Streets of San Francisco. Another horn-heavy, funk-filled theme tune, Williams’ theme almost allows you to see the musicians playing. It is fantastic.

A little show back in the sixties, that brought a certain Clint Eastwood to global attention, features a theme by Dimitri Tiomkin and Ned Washington, sung by Frankie Laine. It was the theme tune to Rawhide, a western show that ran for eight seasons between 1959 and 1965, for two-hundred and seventeen episodes. A great western track, Frankie Lane’s distinctive vocals take the theme tune to another level.

Up sixth is the theme tune to the original ensemble television show, Steven Bochco’s groundbreaking Hill Street Blues. Written by Mike Post and Larry Carlton, the theme was the opening for one of the best ensemble cop shows ever to grace the screen. Running from 1981 to 1987, it ran for seven seasons airing one hundred and forty-six episodes. Televisual brilliance.

Number seven is from the show that gave us Hannibal, Faceman, B. A. Baracus and Murdock, the show where the team would routinely construct a battle mobile out of a few tin panels and a blowtorch, and the show that had explosion galore, with bodies flying through the air but never any blood. Of course, I’m referring to the A-Team.

This theme, also a Mike Post composition, sets the perfect tone for a fun show that ran over five seasons from 1983 to 1987 and ninety-eight episodes.

Another sixties show that not only has a classic theme tune, but also a fanatical following is number eight on my list. Star Trek. As there have been many incarnations of the show, it only makes sense to clarify which Star Trek I mean. I am referring to the original, William Shatner starring run, that ran from 1966 to 1970 for three seasons and seventy-nine episodes.

The ninth theme is a modern one. A personal favourite of mine is a theme by Ramin Djawadi, who incidentally also did the theme for Game of Thrones. Not only do I love the theme for this show, but I also love the entire title sequence. It is Westworld and it is amazing. Haunting piano and strings make for one of the best modern themes on television.

The tenth theme is one of my youth. It had many a young boy running in slow motion, and it aired for five seasons between 1973 and 1978, for ninety-nine episodes. Lee Majors’ was Steve Austin The Six Million Dollar Man and he was awesome. The show was brilliant and fantastical and it had a great theme and opening sequence. Terrific television.

There are so many more I could mention—ER, Dallas, Wonder Woman(the Lynda Carter version), Miami Vice, Thunderbirds, Buffy—and that does not even cover the many comedies that have memorable themes—Golden Girls!

For now, I will leave it at these ten classic themes that are all so memorable and intrinsically linked to their shows.