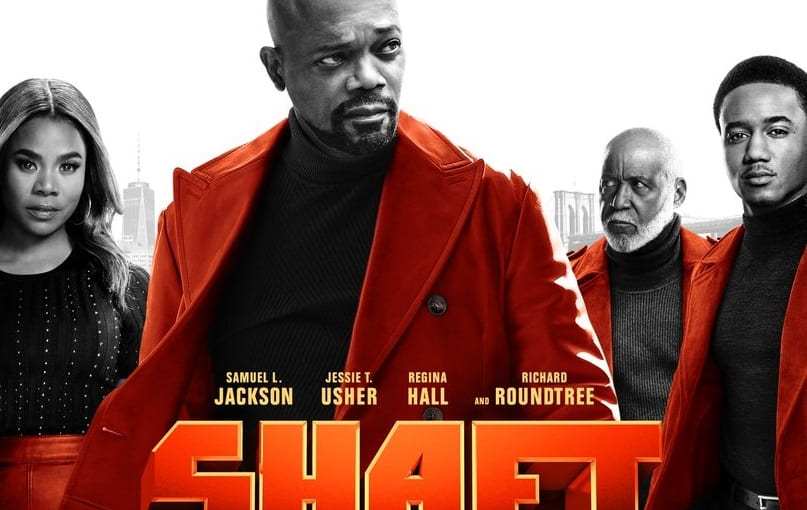 Back in 1971, a seminal blaxploitation film was released. Gordon Parks’ Shaft, starring Richard Roundtree in the lead role as John Shaft, was a landmark film in cinema. Shaft was a character that was unashamedly black, embracing black culture and attitudes of the times against the backdrop of an America trying to find an identity after the upheaval of the sixties, a decade that saw the civil rights movement, the assassination of John F Kennedy and the last years of the Vietnam war.

The 1971 version was a gritty story, where Shaft is employed by a drugs kingpin, Bumpy Jonas (Moses Gunn) to find his kidnapped daughter. More famous for its legendary score, by Issac Hayes, than for its story, Shaft, nonetheless has found itself to be a landmark in black cinema.

As with many a beloved film, Shaft has been given the remake treatment. In 2000 Samuel L Jackson, the go-to for being a cool black man and, more pertinently, bankable, appeared in a remake of the film, with Roundtree playing his uncle. Directed by the late John Singleton, the film stayed pretty much true to the spirit of the original, with Shaft looking to take down a tycoon after a racially motivated murder.

Nearly two decades later, Jackson reprises the role in 2019’s comedic take on Shaft. Directed by Tim Story, from a script by Kenya Barris and Alex Barnow, this modern version of Shaft is a very different beast from the two previous versions.

When Shaft and his girlfriend, Maya (Regina Hall) are caught up in a shootout in Harlem in 1989, Maya takes their young son, JJ, and moves out of Harlem and New York. Fast forward twenty-eight years and JJ (Jessie T Usher) is all grown up and working for the FBI as a data analyst back in New York.

Childhood friends, Karim (Avan Jogia) and Sasha (Alexandra Shipp) come to visit him in New York. Karim is a military veteran and recovering drug addict. Sasha is a doctor. Whilst out to dinner, Karim gets a message and says he has to leave,

The next morning Maya calls JJ to tell him that Karim is dead. Apparently, he died of a drug overdose. JJ is not sure, he believes Karim was clean. He decides to go and investigate himself. He goes looking for ‘Manny’ Manuel Orozco (Ian Casselberry), the local drug dealer of the area where Karim’s body was found.

JJ gets a beatdown for his troubles and realises he is a bit out of his comfort zone. He gets patched up by Sasha and shows her the toxicology report on Karim’s body. She tells him that the drug amounts are too high to have been self-inflicted. He goes looking for his estranged father for help get Manny to talk.

John’s approach to getting information is a little more effective and they get pointed in the direction of a group Karim was part of, Brothers watching Brothers, a support group for veterans. They go to see Karim’s friends; Major Gary Cutworth (Matt Lauria), sergeant Keith Williams (Robbie Jones) and staff sergeant Eddie Dominguez (Aaron Dominguez). They tell the Shafts about Karim’s affiliation to a mosque and how he had a new girlfriend, Anam (Almeera Jira).

John takes JJ to a club. JJ gets drunk and gets in a fight. It turns out he is an amazing fighter when drunk. John is getting some information from Freddy P (Cliff ‘Method Man’ Smith). He sees a chance to take down Gordito (Issach De Bankolé) a man he has been after for over thirty years.

JJ meets up with Sasha. He introduces her to John, she is not impressed, seeing him as the absent father. They all go down to the mosque to find Anam. As they talk to her, her father, who is also the Iman, kicks them out.

JJ finds another lead which takes them to Bennie Rodriguez (Luna Lauren Velez). She does not tell them anything but John recognises her. He find an old photo with her and Gordito in. JJ goes to dinner with Sasha. John interrupts Maya’s date with Ron. At the restaurant Maya is having her date, men come and try to kill John. He kills them all and then takes Ron’s car to go and find JJ.

JJ, who does not like guns, is also attacked whilst out with Sasha. He uses her gun to kill all of the assailants. JJ thinks he has evidence connecting the mosque to the drug activity going on in Harlem. He takes the information to his superiors and the FBI arrest the Iman. Unfortunately, there is no concrete evidence and the bureau is made to look bad. JJ is suspended.

John finds out that it was Bennie who put the hit on them and that Eddie is her cousin. The Brothers watching Brothers a front for drug running. JJ finds out that John was using him to get to Gordito. He decides he will get the evidence to bring down the drug gang on his own. He takes Sasha along to watch out for him. JJ sees Gary kill Eddie and films it. He drops his phone alerting Gary and Keith to his presence. John turns up to help JJ escape, but Gary grabs Sasha. He and Keith escape.

JJ tracks Sasha’s phone to find out where they have taken her. John says they need more firepower. They go and see his father, John Sr. (Richard Roundtree). John Sr has a lot of guns. They go and rescue Sasha and John kills Gordito. JJ leaves the FBI. The end.

Shaft, the 2019 Netflix comedy version, is not very good. The story is weak and predictable, the characters are paper-thin and the plot convoluted and confusing. The only reason Shaft is not a complete car-wreck of a film is Samuel L Jackson. With Jessie T Usher a good foil, Jackson goes full-on Jules in this film. Cussing is turned up to eleven and the chauvinism is at full throttle.

At one hour and fifty-four minutes long, it is a little long for a comedy. Once Jackson enters the fray however, the pace of the film picks up. The story is secondary to Jackson’s performance, with the film more a collection of ideas for scenes than a coherent film, it is hard to care about the story or its resolution.

The main villain, Gordito, does not talk until ten minutes before the end of the film and the Brothers watching Brothers ruse was just plain rubbish. The decision to make Shaft a comedy follows the likes of Starsky and Hutch and more recently, Thor Ragnarok, in taking a property that was always viewed as serious and reworking it for laughs.

Because of the nature of the original Shaft, its machoism, violence and sexual references, it was perhaps easier to fashion it as a comedy, rather than neutering Shaft for a modern, easily offended audience. Shaft is worth watching if you are a fan of Jackson and want to watch him phone in a performance. If you are hoping for a good film, you will probably be disappointed.