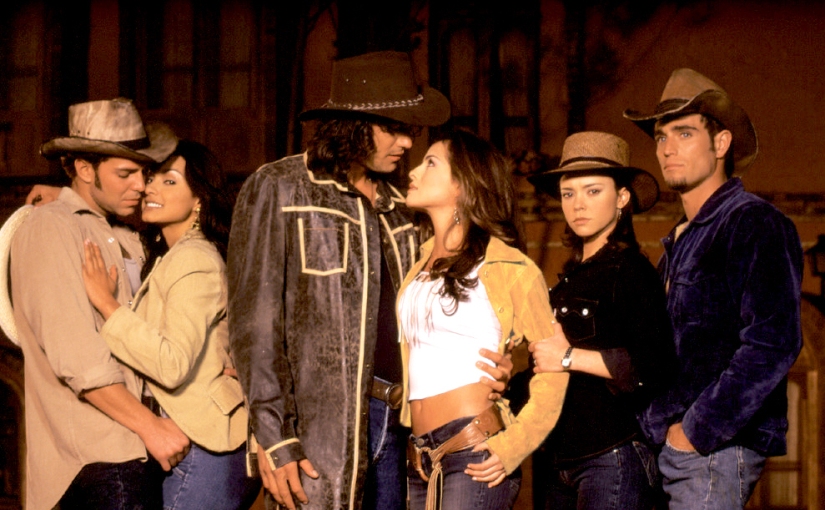 2020 has been a challenging year to put it lightly. Like many people, I have been sitting at home for the past few months, praying for some return to normality. Admittedly, the first month or so was quite fun. I had been working quite a lot before the world went crazy and my hobbies and interests had fallen a little by the wayside, so the chance to catch up on my favourite shows and new films on Netflix, Prime or anywhere else, was grasped with both hands.
Generally, I tend to write reviews on the filmic output on mostly Netflix, sometimes Prime. With the extended time the lockdown had given me, I decided I would need to watch something of a longer format than a film. A fan of the Spanish language — I have been trying to learn Spanish for years — I decided to watch a few telenovelas.
Telenovelas, Latin-American serials, differ from soap operas in that they have an ending. With fantastical storylines and compelling narratives, telenovelas are a wonderful escape from the realities and stresses of life.
That being said, telenovelas tend to have certain tropes and themes that are both comforting in their commonality and disturbing. As I mentioned, I have watched a few telenovelas. That might be a bit of an understatement. Since the lockdown began, I have watched, to completion, three telenovelas, which may not seem like a lot but that is over four hundred episodes of television. I am currently watching two others and have watched several over the last few years.
I like telenovelas. Here are some of the things that telenovelas have taught me.

Telenovelas are not playing the political correctness game.
As various social media platforms and internet platforms give voice to many who rigorously look to censor the present and expose the past for anything they deem offensive, telenovela writers steadfastly ignore such convention. Machoism is alive and kicking furiously in telenovela land.
With so many stories revolving around the drug trade and money, reprehensible characters, generally the male central antagonist, tend to live on vast ranches and, in keeping with the macho image, have a real penchant for the cowboy life. There are Stetsons aplenty in telenovelas from the early 2000s right up to the present day.
They always have multiple women around, who tend to be scantily clad and decoratively hanging by the pool. Occasionally, they become collateral damage as one of the drug lord’s enemies tries to kill him to take over his territory or gain revenge for some slight.
In keeping with the machoism, slights will always elicit a disproportionately violent response, usually resulting in the deaths of multiple henchmen, the aforementioned eye-candy ladies and occasionally, the actual target. A man in a telenovela is a man’s man and no insult or slight can go unpunished.

Women get treated horribly.
Though the overt machoism is somewhat amusing, one of the downsides of the rampant testosterone-fuelled storylines of many a telenovela is how horribly the women are treated in them. Regardless of whether they are a lead, sympathetic or a less likeable character, women in telenovelas are subject to some horrendous treatment.
Rapes, miscarriages, spousal abuse, being left destitute, disfigurement and emotional distress are common and alarmingly frequent tropes used in telenovelas. Even the strongest women, the lead character, usually have some sort of trauma visited upon them, often a rape, by violent men. The violent incident, when visited upon the lead female character, drives the story. Still, women get treated horribly.
As I alluded to before, the men are hairy-chested, cowboy-boot wearing, moustachioed men and as such are not averse to delivering the odd backhand to any woman who feels she can speak to them as though this were the twenty-first century. It might be in the real world but in the world of telenovelas, women need to know their place.

Real-life Disney approach to love.
Most people know one lovely couple that met and fell in love forever. Somehow, on this mad, spinning globe, they managed to meet that one person with whom they are compatible with and do not want to kill after a couple of years. The rest of us pinball from one relationship to another, slowly losing faith and patience in the notion of meeting a person whose foibles do not bring on a murderous rage.
In telenovela land, love, at first sight, is a thing. It is the thing. Worryingly, even with years of adult learning and experience, the want and need for love at first sight to be a thing is such that, even though one should and does know better, you still allow your disbelief to be suspended whilst watching the beautiful leads — they are always gorgeous — set eyes on one another and fall instantly in love.
Their love is always, on both sides, the love of their lives, a love that, regardless of the obstacles — class differences — which is very popular — wrong partners, children — must be realised.

You’re rich or you’re broke.
Besides one’s family and education, things that are considered barometers of one’s social standing, wealth and money are also big factors in telenovelas. Power is always being chased, especially by the antagonist who, in the case of a drug lord, already has a great deal of it.
A beautiful female lead, if poor, will, after suffering multiple mishaps, find and fall in love with a handsome, rich suitor. If she is rich, her suitor will be an upstanding and proud man and though poor, he will compensate for his lack of financial means with great physical prowess — he will be good at punching people.
As is the way in many of these telenovelas, the central characters, the lovelorn leads from opposing lives, come together in the end, forgetting all the misery and death that has happened before, to live happily ever after.

Secrets and proclamations of love.
Unlike in real life, in a telenovela love happens immediately and those struck by Cupid’s arrow have very little trouble articulating their feelings. Proclamations of love tumble from the lips of the lovelorn, telling the object of their affection, in florid terms, how much they want them and need them, how they would do anything to be with them.
What they all leave out, is they would do anything but tell the truth. Telenovelas are driven by secrets. A long lost son or daughter, who ended up in an orphanage but is the offspring of the richest man or family in the region.
A long-serving maid or manservant tends to know all of the secrets but is bound by a sense of duty or their personal demons not to reveal them. It is not even as though said secrets are never uttered, with those who have the knowledge telling anyone who does not need to know the secret that could solve the problems of another.
Frustratingly, the reasons for keeping a secret that could solve many of the issues the characters face usually comes down to pride. Of course, being a telenovela, the secret always comes out in the end.

After so many months of lockdown, my world view has perhaps been skewed by watching so many telenovelas. Maybe there is a long lost love out there for me and all I need to do to find her is visit a ranch. I am not sure how my proclamations of love would or could work whilst being mumbled through a face mask but I am willing to give it a go.
All I need now is to find a ranch, purchase a Stetson and learn a compelling secret so as I can live that telenovela life.