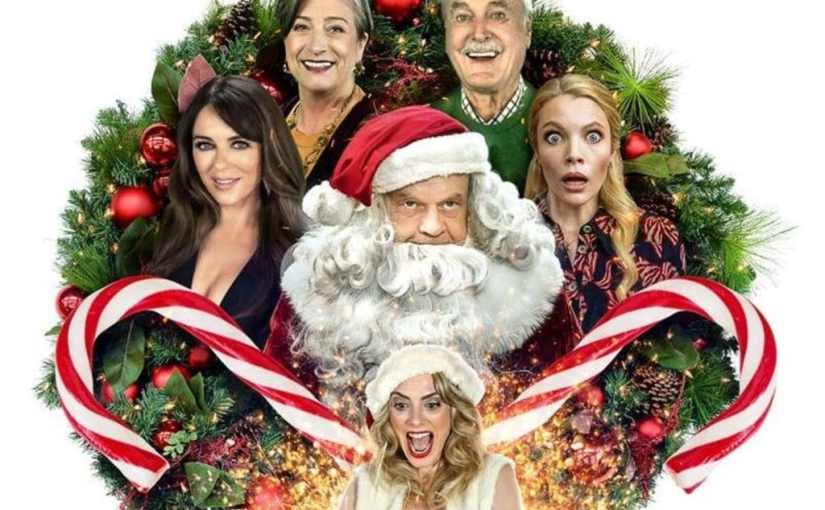 Brief synopsis: an uptight woman struggles to have a traditional Christmas with her extended family. As she strives to control all the circumstances of the festivities, another element rears its head; their estranged father.

Is it any good?: Father Christmas is Back is an utter turd of a film. A supposed comedy, the film is a painful, almost laugh-free watch.

That four people combined to write this worthless mess is a mystery that sharper minds than mine will ponder for years.

Spoiler(ish) territory: Uptight Caroline Christmas-Hope (Nathalie Cox), is dressing the family Christmas tree. She wants Christmas to be perfect. As Caroline puts the finishing touches, she wobbles and falls. It is hilarious. No, it is not.

Her husband, Peter (Kris Marshall), comes and picks her up off of the floor. She is frantic about having a perfect Christmas, her family en route to the home. Peter is more sanguine, sure that everything will be fine.

As the highly-strung Caroline bleats on about wanting an exquisite Christmas, Peter listens patiently. It’s very amusing. Not really. She asks him to collect a bag of gifts from the bedroom. The gifts are for the local old peoples home.

Get this; there are two bags of gifts! In identical bags! Haha! Anyhoo, Peter does not check the contents of the bags. No, why the heck would he do that? He radios his wife – they live in a mansion – and asks which bag. It’s the bag on the right.

Yes, my friends, this is the expert setup for a joke, the pay-off of which comes towards the end. The hilarity continues. Caroline picks up her two sprogs, Daisey (Amelie Prescott) and her younger brother, Henry (Oliver Smith).

They visit the old peoples home to drop off the gifts. Daisey is nervous because she is playing Mary in an upcoming nativity play. Luckily for her, one of the old dears, Jean (Ania Marson), has some experience of treading the boards.

Jean tells Daisey that she played the lead role herself, adding that she slept with many people to get the part. A slightly embarrassed Caroline gathers her children and leaves. The laughs never stop.

Returning home, she finds Peter has decorated the tree with toilet rolls and makeshift decorations. Caroline is horrified. The children love it.

The next day, the sisters start to arrive. First is Joanna (Elizabeth Hurley), the cougar of the family. In her mid-forties but dressing as though she were in her twenties, Joanna has a new boyfriend, Felix (Ray Fearon) and the sisters’ mother, Elizabeth (Caroline Quentin) in tow.

Next to arrive is Paulina (Naomi Frederick). Paulina is obsessed with The Beatles, sporting their famous hairstyle of the sixties. She is writing a thesis-cum-book on the band. My sides are hurting with all the chuckles.

Watching proceedings from an adjacent property is John (John Cleese), uncle to the sisters. Vicky (Talulah Riley) is the last to arrive. She is a free spirit and the youngest. She is a bit of a slut. So there is that.

John joins the family in the house. He has an ulterior motive, wanting to see Elizabeth. In the kitchen, the four sisters are chatting. Vicky tells them that she spent a couple of weeks with their father in America.

The other sisters are shocked and a little miffed to hear that, much to her amusement. To the shock and bemusement of everyone, James (Kelsey Grammer), their father, turns up at the manor. Vicky invited him. He has brought his girlfriend, Jackie (April Bowlby). Elizabeth faints.

The Christmas family muddle their way through…Christmas. A long-held family secret gets revealed. All is resolved. Yippee and Merry Christmas. The end.

Final thoughts: Father Christmas is Back is wretched. It is not entirely down to the script. Maybe ninety-eight percent of it. Directed by Mick Davis and Phillippe Martinez, with a story by Martinez. The god-awful script is by Hannah Davis, David Conolly and Dylanne Corcoran.

What makes the film even more painful, is that far better comedy writers – Caroline Quentin, John Cleese and Kathy Brand – are in the film. The acting is teak-like in the extreme, the assembled cast struggling to make the material work.

Hurley, not blessed with natural acting ability, is poor. The woman is trying but she is out of her depth. Rolls Royce gets a good showing, one of their beautiful Wraith’s given much screen time. The best thing in the film.

The film is over-saturated, so colourful that even a rainbow would pale in comparison. A British film, there is a smattering of farce that does not work. There are far too many jokes that do not work in this film.

The unfunny scenes are too numerous to list. That two comedy greats in Grammer and Cleese should find themselves in one such scene, – the ‘old blokes squaring up for a fight’ a classic! – is criminal.

Father Christmas is Back – his surname is Christmas! Ho ho no. – is terrible. Truthfully, the trailer does not promise much. I expected the film to be bad. It under delivers spectacularly.

At one-hundred-and-five minutes, it is not a long film. However, it is still too long for any right-minded, sober person to sit through. You have been warned.