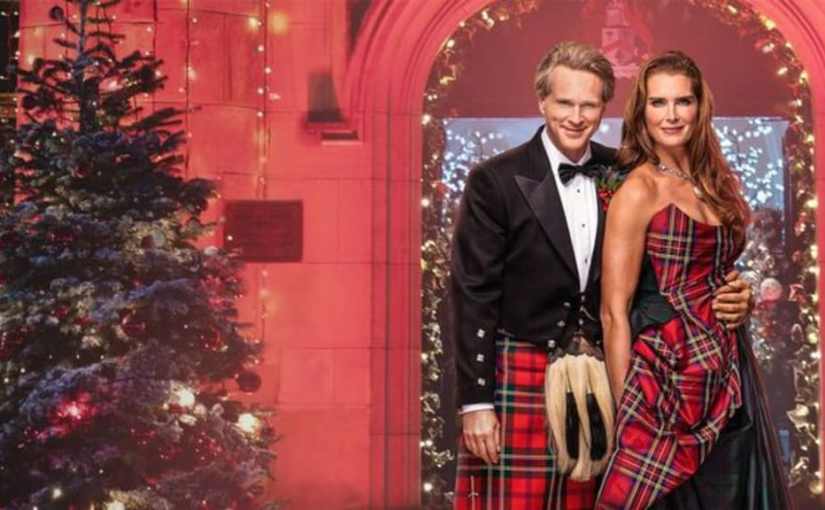 The more mature reader will remember Brooke Shields as a youngster. Her beauty graced a film, considered a bit of a scandal at the time; The Blue Lagoon.

Released in 1980, a long time before nudity was readily available online and when top-shelf magazines were still in every newsagent, Blue Lagoon was a film that brought the then young star notoriety but not much else.

Shields has worked steadily through the decades, mostly in comedic projects as she has gotten older. Shields is probably best known to modern audiences for the sitcom, Suddenly Susan. These days, she mostly does television and voice work.

Sophie makes an appearance on The Drew Barrymore show – played by Barrymore – after her latest novel causes consternation amongst her fans. The show does not go well; Sophie has a meltdown on air.

Sophie decides that she needs to get away. When she comes across a photo of her father as a boy in Scotland, she decides to go there. She flies to the small village of Dunbar.

At the village inn, she meets Myles (Elwes). He is cleaning outside the inn. In the guest house, Sophie meets a few of the village characters. Maisie (Andi Osho), the inn’s proprietor, allocates her a room.

She visits the castle and sees Myles again. He gives her a tour but is irked when her curiosity gets the better of her. Back at the inn, Sophie learns the castle is for sale.

She makes an offer and is surprised to find that Myles is the owner. He does not want to sell to her. His solicitor, Ian (John Stahl), tells him that he needs to sell.

With foreclosure his only other option, Myles decides to accept Sophies offer. He has stipulations. The property will not exchange before Christmas; she must stay in the castle to prove she can maintain its upkeep.

Sophie agrees. Unbeknownst to her, Myles plans to make her stay unbearable, hoping she changes her mind about the purchase.

A Castle For Christmas is not very good. It is not terrible, just a bit dull. The script by Ally Carter and Kim Beyer-Johnson lacks the wit and sweetness one expects from a romcom.

With the central pairing being mature, an unusual premise in romcoms, it is difficult not to compare it to similar fare. Unfortunately, it does not meet the level of the Winger/Crystal pairing in Forget Paris.

Though Shields and Elwes have enough chemistry to carry the film, Kristin Davis, who has made a bit of career of the role of mature rom-com queen in Christmas movies, has little to worry about from Shields.

Elwes Scottish accent is…a challenge. It is not Dick Van Dyke masticating the English language bad, but it is a little off. The acting is fine, the actors making do with the weak material.

Scotland is picturesque in a very American way. Directed by Mary Lambert, the film is as colourful as one would expect from a Christmas film, throwing some tartan to remind us we are in Scotland.

There is a strange nod to the Princess Switch series, with Suanne Braun’s Mrs Donatelli and Mark Fleischmann’s Frank De Luca from the series checking into the inn. They are not seen again.

At ninety-eight minutes long, A Castle For Christmas is not overly long. Regrettably, it does feel longer, the film lacking urgency and drive. The central premise is strong enough for a rom-com however, the script is just too poor.

A Castle For Christmas is not unwatchable. It is weak and an underwhelming rom-com and Christmas film. Not one for the holiday list.